One-hundred thirty eight entries were received from districts across Kansas. Miller’s award falls into the category of schools of 1,700 to 4,999 students.

The entries were sent to the Arizona School Public Relations Association for judging. Complete results were received on Nov. 28. Thirty-eight Certificates of Excellence and 82 Certificates of Merit were awarded. 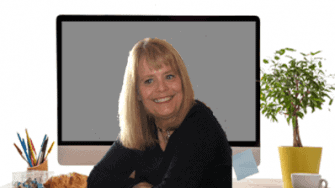 Rosemary Miller has been creating websites and teaching technology since 1993, when she received her Master's degree in Instructional Technology from Kansas State University. Prior to 1993, Rosemary ... END_OF_DOCUMENT_TOKEN_TO_BE_REPLACED

Our goal of getting a great website up and running for Soroptimist International of Hutchinson went unfulfilled from year to year. As a non-profit organization, we had difficulty in finding someone we could afford to update and manage our website. Then along came Rosemary! We now have a great site, plus a Facebook page, telling people about our activities and fund-raising events. We strongly feel this has helped increase awareness about the work done by Soroptimist International of Hutchinson in our community. We also feel attendance at our events has increased because of this. She is full of perfect ideas to get our message across. The other added bonus is that she doesn’t mind helping us with our many questions regarding technology!

What an amazing lady! Rosemary helped me start from scratch to update and create a new, more up-to-date website. It features all aspects of what I do, and her ideas for color and design were awesome. She continues to help keep my site current and updates information in a timely manner. If you need any tech stuff fixed up, Call Rosemary - the Tech Chick! She will get it done!

Fortunately for me I called Rosemary Miller, “The Tech Chick,” when I wanted to create a professional and secure website. She has been a joy to work with through its development, launch, and tweaking. I'm so impressed with what she's done to bring this website to life!  In addition, the design and functionality of the site is an amazing accomplishment. Rosemary’s experience, creativity, drive to excel, and good humor makes her my number one choice in website design. If you want the best, most conscientious, professional person designing your website without breaking the bank, then contact Rosemary.

Rosemary Miller delivered a great-looking website in record time for a political campaign I worked on. The design and layout far exceeded my expectations! I've worked with several website designers over the course of my career and even ran a website company for four years. Rosemary is by far the most responsive, detail oriented, and reasonably priced website provider I've used.

I’ve worked with Rosemary on three websites. She listens to my dreams and asks many questions. At times I think she is reading my mind as she creates exactly what I want!  Magic!

The very first thing that impressed me was that Rosemary got back with me quickly and remained in touch until the website was up and running perfectly. Everything was clear FROM THE BEGINNING on what she would do, what it would cost, etc. I liked having that in writing. Rosemary went the extra mile and designed a fantastic-looking website!

Rosemary developed a very professional-looking website for our business. Her hard work and persistence enabled us to launch the website in a timely manner. The attention to detail Rosemary exhibited was incredible. She was very knowledgeable about web design and seemed to enjoy a challenge and learning new things. Rosemary wasn't satisfied until I was satisfied! I am very pleased with the final result and would recommend Rosemary to anyone who needs a website.

I love working with Rosemary! Her expertise and knowledge of current tech trends make her a wonderful resource, her enthusiasm is contagious, and she inspires confidence.

You will not find a better technology 'guru' than Rosemary Miller. Her knowledge and skill base with all types of applications is amazing. I highly recommend her for tech learning.

Rosemary Miller is stellar as a tech instructor! Endlessly patient, she works tirelessly with her client until the job is finished, in your home, in hers, or at an alternate location.

The Learning Forward Kansas website is AMAZING! I love how crisp and clean it is...very professional and classy. Rosemary did a fantastic job with it! She obviously put a lot of loving energy into the site.

Rosemary always treated me with such kindness and respect even when I had no confidence in myself - she built it up! I am so grateful for not only her expert help, but also her cheerfulness and understanding.

Rosemary has done a fabulous job with our website and has taught us how to make updates. Thanks for all your fabulous work, Rosemary. It’s a BEAUTIFUL THING!

I remember Rosemary Miller as one of the stand-out teachers of my life -- an engaging personality whose knowledge and love of her subject is infectious. She is an inspiration.

It has been my privilege to work with Rosemary Miller. Her aptitude for anything technological is incredible. In addition, she has the ability to help anyone understand it. What a dynamite combination!

Rosemary's one-on-one technology tutoring helped me to master the skills I needed to take my Interactive Media course page in Moodle to the next level. Thanks, Rosemary!

Rosemary is able to pack tons of learning into a short amount of time, and the best part is that it is perfectly individualized. She knows her stuff and is just plain FUN to work with!

I have always looked forward to workshops and other learning opportunities with Rosemary. As a teacher she is so much fun, mixing humor and learning, which is very powerful.

I have worked with Rosemary many times learning about new and different technologies. She has given me the confidence to use these new skills and then followup assistance when needed.

Not only did Rosemary do a great job in revamping our organization's website, she charged a very reasonable fee. She also provided training in how to revise the website as necessary.

Rosemary's endless assistance, instruction, research, and patience has enhanced my learning. In addition, I greatly appreciate her expertise, organization, and teaching style.

The one-on-one communication with Rosemary is so helpful, especially knowing there is someone I can call when I need help with my blog, G-mail, or Windows.

Rosemary is the go-to person whenever you have a computer or website question. She knows it all! 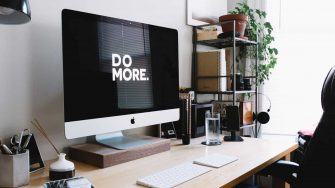 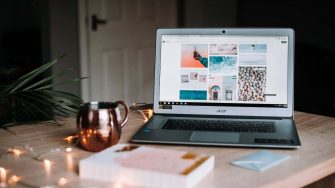 END_OF_DOCUMENT_TOKEN_TO_BE_REPLACED

What People Are Saying …

Rosemary is a go-getter. In fact, she thrives on a challenge. She pushes away barriers and looks for new possibilities, a true problem solver. Her “can-do” attitude is exemplified by her extra effort, great service, and focus on details. I’ve worked with Rosemary on three websites. During each process she listened to my dreams, asked many ... END_OF_DOCUMENT_TOKEN_TO_BE_REPLACED 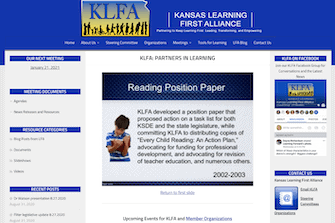 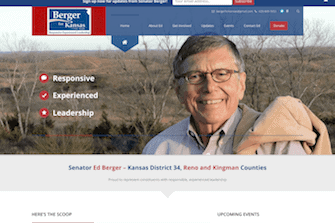 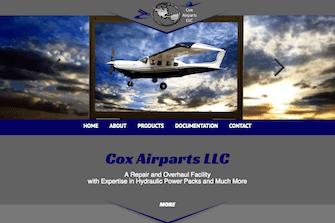 Rosemary Miller combines her love of teaching with her passion for websites and technology as she helps businesses with their web pages and makes "house calls" for people who want to learn tech skills one-on-one on their own computers & devices. She has a Master's degree in Instructional Technology from Kansas State University and many years of teaching experience.